Episode Three - This Topic Will Hit a Nerve

The topic for episode three is set.

We're expecting some sparks in this one, but before you get all out of sorts, let us explain. Step one in our explanation is a simple definition of the word “ego”.

So, you see, ego is necessarily bad. A person's sense of self-esteem and feelings of self-importance are good things! We'd be dead wrong to beat up on that without further explanation. Where we're going with this episode is when your/my ego gets out of whack, either inflated or deflated.

When to "Fuck Your Ego"

There are two times when it makes sense to say “fuck your ego”:

2.       When your ego is under-inflated. Fuck your ego if you beat yourself up or tell yourself you’re not good enough!

We all know someone, and maybe it’s you/us, who’s ego is out of balance. This is simple human behavior that isn’t industry specific, but we’re going to apply this to our industry, nonetheless.

All of us have run into the asshole who makes you feel two feet tall. Ever asked one of these people for help? Often, their self-worth is shallow, measured by the number of Twitter followers versus the number of people they’ve helped. These people are toxic and we’re going to talk about it/them.

Low self-esteem is a killer, literally sometimes. We’ll go down this road a little, but this topic is a future episode unto itself.

What?! Well sort of. Even we have boundaries! We’ll do our best to NOT call out the bad examples by name in this episode. Doing so puts us in the same boat (or at least the same lake) as the people we’re complaining about. We’re not bullies, so we’ll try our best to steer clear of outing anyone. On the flip side, we will point out people in our industry who are GREAT examples of honesty and humility.

We’ll start with “Ashley” or @Infosec_Talyor as a good example, her banner pic sort of says it all!

See you at the shit show! 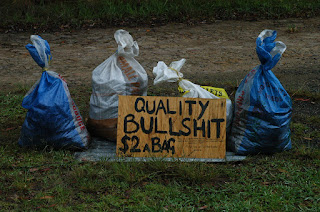 OK, so we had a slight live feed issue again. If you were live with us, you felt my pain.
The conversation last Thursday night was great!
Our topic, in case you missed it, was Silver Bullet Easy Button Bullshit. The three of us had plenty of shit to share on the topic, and the show went long. We covered things from the perspective of shitty marketing in our industry and we also covered it from the perspective of the shitty work we do sometimes by trying to find/use silver bullets and easy buttons. 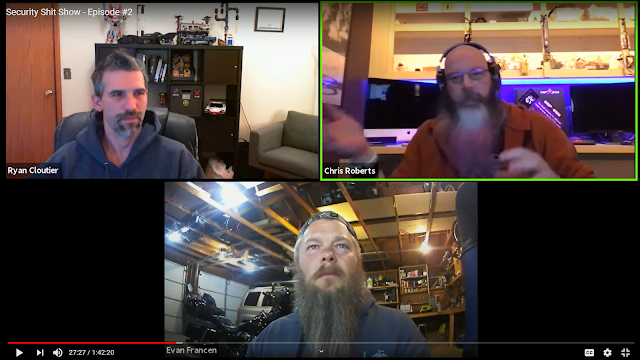 NOTE: Not all marketing is bad nor is the marketing industry. What's bad is shitty marketers who sell shit that do what it's marketed as doing. Shame.
Future Episode Ideas
We rotate picking the topic for each episode. Chris picked the topic for episode one, I picked episode two's topic, Ryan's picking this week's topic, then we'll cycle back to Chris again. As I think of new episode topic ideas, I write them down. Here's a current list of topics that we might cover in a future episode:
Some of these topic titles are self-explanatory, while others will require explanation on the show. Not sure what Ryan's topic will be yet for this week. We'll probably find out soon and let you all know.
Be safe and wash your hands!
-Evan
- May 26, 2020 No comments: 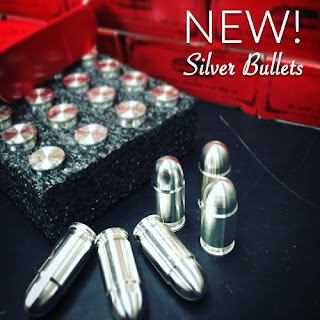 We considered nine different topics for this episode, and we've settled on:
Silver Bullet Easy Button Bullshit
If you want to know the other eight topics we considered, we'll get to each of them eventually.
Do what people do to keep up with this shit; subscribe, follow, or whatever. Our second show is tomorrow night (Thursday @ 10pm/2200 CDT), and the three of us; Chris, Ryan, and myself (Evan), are excited as hell to tackle "Silver Bullet Easy Button Bullshit"!
Good shit, eh?
See you tomorrow night.
- May 20, 2020 No comments:

Episode One Is in The Bag 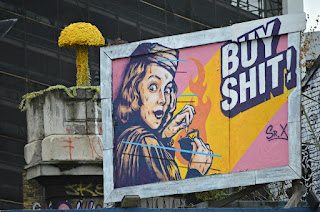 We couldn't have asked for a better first episode! There were a couple minor glitches, but overall, the episode was awesome!
The show started with normal chit chat between Evan, Chris, and Ryan. 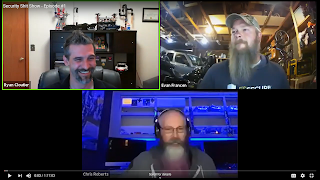 Before too long, we were sort of deep in the shit. The topic of the night was marketing accountability in the infosec industry. Companies make wild ass claims about their software (or hardware) capabilities, but sometimes these claims are flat out lies. Accountability is lacking and we need to do something about it!

Go watch the episode and tell us what you think.

We'll be posting the topic for Episode Two soon. You'll be able to catch it live here.

Each week, we take the audio from the live show and make it into our weekly podcast. At the time of this writing, here's the podcast approval/distribution status:
Lots more good shit to come so stay tuned! For our viewers and listeners who've joined us already, thank you for watching and listening! It's going to be a helluva lot of fun growing this shit together!
- The Shit Show Crew
- May 18, 2020 No comments: 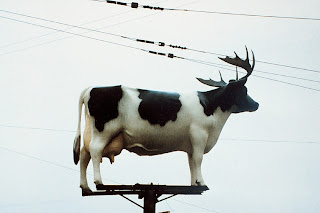 We're ready to roll!
The first episode of the Security Shit Show is scheduled for this Thursday at 10pm CDT. It's sure to be good entertainment watching three information security "experts" shootin' the shit about some information security topic that's bound to get one (or all) of us riled up.
We're live streaming our episodes on YouTube, so if you're looking for some Thursday night entertainment, grab a drink and listen in.
The YouTube live stream show link is here; https://youtu.be/Rg0_piBPLus
The recordings, both video and audio will be posted shortly after the live show, so look out for those too.
- May 11, 2020 No comments:

If you don't want your life to stink, quit standing in shit. 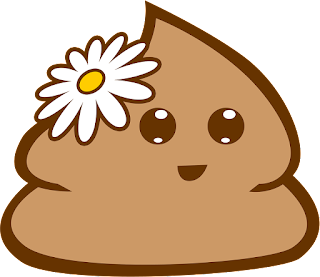 The Security Shit Show is a podcast that three friends put together; Ryan Cloutier, Chris Roberts, and Evan Francen. We're information security veterans (some call us "experts") with more than 70 years of combined experience who have a lot of shit to get off our chest. The information security industry isn't all hunky-dory; we're doing a lot of things wrong and people are suffering because of it.

Here's the lowdown for our show...

The Security Shit Show
You can take this name two ways; either we're calling security a shit show, or we're discussing security shit on the show. The answer is "yes".

Provide people with the real shit going down in our industry, and always discuss ideas about what people can do to make things better.

This is not a commercial podcast, meaning we won't be hocking product or taking sponsors. We suppose this could change sometime in the future, but probably not.

We don’t really care. We'll keep talking as long as there's something relevant and (somewhat) valuable to say. When we're done talking, we'll be done talking. In general, we'll try to keep things to an hour or less.

We're thinking we'll make this a weekly show. We're debating Thursday nights @ 10 or 11pm CDT. We'll publish the schedule ahead of time so, if you're interested in the live show, you can plan accordingly.

All shows will also be recorded, so if you miss the live show...

We'll be talking to each other from the road or our homes. Chris' home base is Colorado, and if you know him, he travels like a sumbich. Ryan does an adequate amount of travel too. Evan, he's random, so we won't know where he's at on any given day.

So, the tech consists of what we can bring around with us.
We're planning on live streaming the shows on YouTube, and distributing the audio podcasts to all major platforms (Apple, Overcast, Stitcher, PodcastAddict, Spotify, CastBox, Google, etc.).

Not sure if Twitter is good for our health, but we do some tweeting everyone once in a while anyway.

One more thing, even though Evan and Chris have badass beards, you don't need to have a bad ass beard to be one of us. For one, look at Ryan. For two, there are many amazing information security ladies out there!