Really? Who’s got all their shit together all the time? Simple. Nobody does. 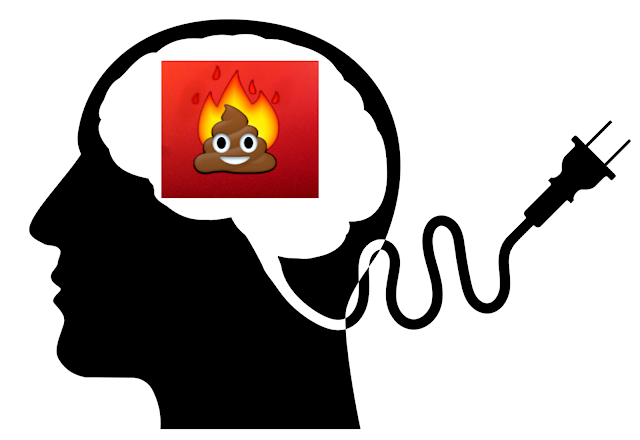 NOTE: Mental health is a topic that hits home with all three of us on the Shit Show, so this is gonna get personal.

Let’s get real. Mental health is a real and significant issue. We convince ourselves of the lie, nobody cares and you’re alone. This is bullshit. People do care and you are NOT alone! Some facts:

It’s not a race or sexual-preference thing. The annual prevalence of mental illness among U.S. adults, by demographic group:

It’s a fucking human thing! Sadly, too many of us believe the lie and don’t get help. We must fight the stigma and make help more accessible to those who need it.

Sadly, these numbers are likely worse now. All these statistics are pre-2020, pre-COVID, pre-riots, etc. Take these facts, sprinkle in the stress of working in our (information security) industry (marginalized, understaffed, misunderstood, etc.), and we have a potential recipe for disaster, at least for some of us.

Popular posts from this blog

May 11, 2020
We're ready to roll!
The first episode of the Security Shit Show is scheduled for this Thursday at 10pm CDT. It's sure to be good entertainment watching three information security "experts" shootin' the shit about some information security topic that's bound to get one (or all) of us riled up.
We're live streaming our episodes on YouTube, so if you're looking for some Thursday night entertainment, grab a drink and listen in.
The YouTube live stream show link is here; https://youtu.be/Rg0_piBPLus
The recordings, both video and audio will be posted shortly after the live show, so look out for those too.
Post a Comment
Read more

June 11, 2020
If you missed last week’s episode, the Security Shit Show crew tackled the difficult discussion about morals and ethics. There are two ways to treat you ears and/or eyes (not likely) to Episode #5, "Moral and Ethical Shit in a Shitty World":YouTube (video)Podcast (audio)It was an really good episode. A little bit of shit-slinging, but mostly just great discussion and opinion.If you like our shit, you should subscribe to our shit. Subscribe on YouTube or whatever your favorite podcast thingy is.Rumor has it, the shit will only get better and better!Episode #5 - Killer Robots? Oh Shit.
Alright, we’re ready for the next episode of the Security Shit Show! Shout out to a helpful (and maybe even loyal) viewer Robert Hodges for calling our attention to a neat article titled “Should 'Killer Robots' Be Banned?”.Do killer robots sound like a good idea to you? Think about it...Certainly, Chris, Evan, and Ryan will have a few things to say about the topic.Catch us live on Thursda…
1 comment
Read more

May 06, 2020
If you don't want your life to stink, quit standing in shit. The Security Shit Show is a podcast that three friends put together; Ryan Cloutier, Chris Roberts, and Evan Francen. We're information security veterans (some call us "experts") with more than 70 years of combined experience who have a lot of shit to get off our chest. The information security industry isn't all hunky-dory; we're doing a lot of things wrong and people are suffering because of it.

Here's the lowdown for our show...
NameThe Security Shit Show You can take this name two ways; either we're calling security a shit show, or we're discussing security shit on the show. The answer is "yes". Purpose Provide people with the real shit going down in our industry, and always discuss ideas about what people can do to make things better.
This is not a commercial podcast, mean…
Post a Comment
Read more