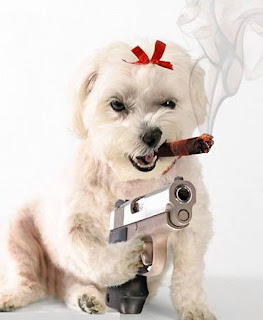 What the hell is going on?! It feels like the world has lost it's mind. Everywhere I look (out there), it's chaos.
The bath water is dirty. Who cares about the baby.

People spew shit out of their mouths that doesn't make any sense. Nobody speaks up. Worse yet, yahoos sell their souls to support bullshit, because it's better to be in the "in" crowd. Who the hell is the "in" crowd anyway?

This shit IS NOT computing.

Not in this brain anyway. Everyone's lost their minds! Not "everyone" everyone, but everyone out there.

It clicks. Didn't my Day say something about this once?

Son, if everyone's an asshole, you're the asshole.

So, does this mean, if everyone's crazy, I'm the one who's crazy?!

Dammit! Now, I have some reflection to do. The journey down the rabbit hole begins...

What does this have to do with information security?

I may run in my circles, just like you run in yours, but my job is to protect EVERYONE, regardless of who you are, where you come from, what you believe, or what you're struggling with. Knowing that information security isn't about information or security as much as it is about people, makes people my focus. Not just the people I like and agree with.

This is deep, but sometimes we have to dig deep to find out who we really are and what we're really doing here.

Looking forward to talking this shit out with my AWESOME friends, Ryan Cloutier and Chris Roberts! Catch us this week LIVE at 10pm/2200 CDT on the YouTube.

(and yes, I am crazy, but a functional crazy)